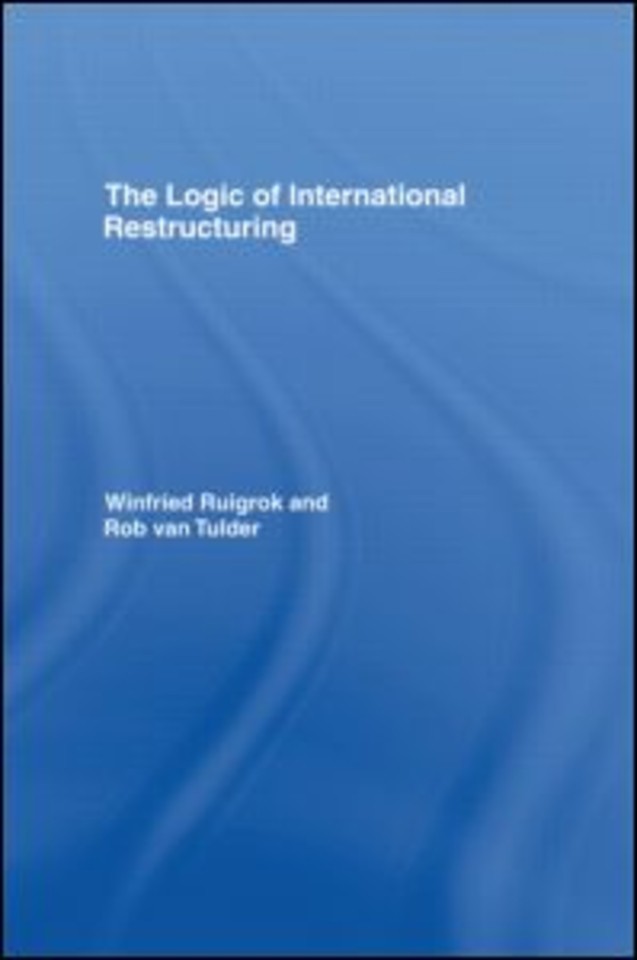 The Logic of International Restructuring

The Management of Dependencies in Rival Industrial Complexes

There is within the corporate world an evolving international restructuring race,between industrial complexes,that is set to intensify over the coming years.An industrial complex consists of suppliers,distributors,governments,financiers and trade unions.It is the reorganisation of the relationship between the core firm and the above components that is set to change before very long.
In this book, Winfied Ruigrok and Rob van Tulder address many current debates on topics such as "Post-Fordism","globalisation" and "lean production".They also identify a number pf rival internationalisation strategies that have been adopted by different companies.Moreover,they present an abundance of new,as well as historical data,on the world's one hundred largest core companies.This data shows that none of the largest core firms is truly "global" or "borderless",and that virtually all of them in their history have benefited decisively from Governmental trade or industrial policies.
The authors offer a highly interdisciplinary effort to link three previously isolated debates on industrial restructuring,globalisation and international trade policies.The Logic of International Restructuring is aimed at a wide academic,post-graduate and professional audience working in the areas of business,economics,organisational studies and international relations.

The Logic of International Restructuring