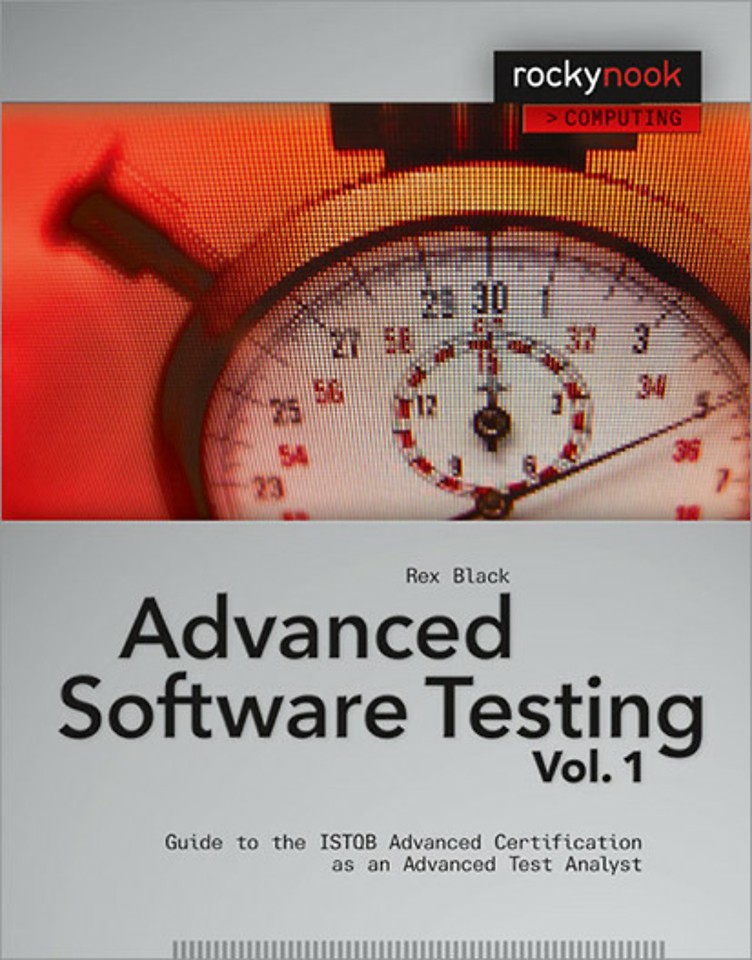 Guide to the ISTQB Advanced Certification As an Advanced Test Analyst

This book is written for the test analyst who wants to achieve advanced skills in test analysis, design, and execution. With a hands-on, exercise-rich approach, this book teaches you how to define and carry out the tasks required to put a test strategy into action.

Learn how to analyze the system, taking into account the user s quality expectations. Additionally, learn how to evaluate system requirements as part of formal and informal reviews, using an understanding of the business domain to determine requirement validity. You will be able to analyze, design, implement, and execute tests, using risk considerations to determine the appropriate effort and priority for tests. You will learn how to report on testing progress and provide necessary evidence to support your evaluations of system quality.

With a quarter-century of software and systems engineering experience, Rex Black is President of RBCS (www.rbcs-us.com), a leader in software, hardware, and systems testing. For over a dozen years, RBCS has delivered services in consulting, outsourcing, and training for software and hardware testing. Employing the industry's most experienced and recognized consultants, RBCS conducts product testing; builds and improves testing groups; and hires testing staff for hundreds of clients worldwide. Ranging from Fortune 20 companies to start-ups, RBCS's clients save time and money through improved product development, decreased tech support calls, improved corporate reputation, and more. As the leader of RBCS, Rex is the most prolific author practicing in the field of software testing today. His popular first book, Managing the Testing Process, has sold over 30,000 copies around the world, including Japanese, Chinese, and Indian releases. His three other books on testing, Critical Testing Processes, Foundations of Software Testing, and Pragmatic Software Testing, have also sold tens of thousands of copies, including Hebrew, Indian, Chinese, Japanese and Russian editions. He has written over twenty-five articles, presented hundreds of papers, workshops, and seminars, and given about thirty keynote speeches at conferences and events around the world. Rex is the President of both the International Software Testing Qualifications Board (ISTQB) and the American Software Testing Qualifications Board (ASTQB).