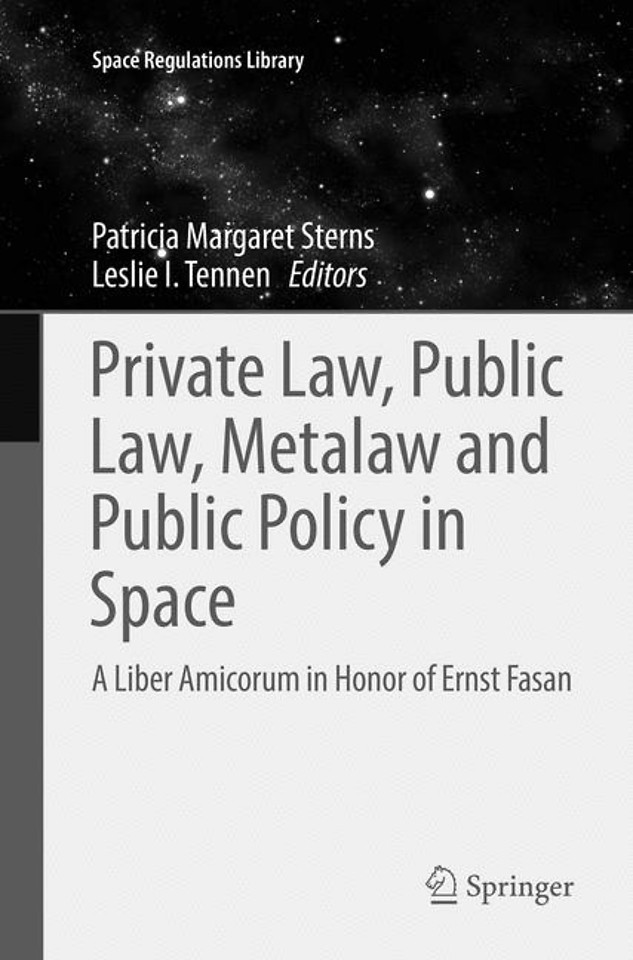 A Liber Amicorum in Honor of Ernst Fasan

The
law of outer space is rapidly evolving to adapt to changes in the economic
drivers as well as advancements in technological capabilities.  The contents of this book are a reflection of
this changing environment as evidenced in the writings of the second and third
generations of space lawyers.
Theoretical aspects of space law are explored by chapters relating to
fundamental concepts central to the corpus
juris spatialis.  Practical aspects
of space law are probed by examinations into international and domestic
regulation of commercial activities, with particular emphasis on African,
Asian, and European perspectives.
International policy considerations are scrutinized in relation to
military uses of outer space.  The
scientific Search for Extraterrestrial Intelligence (SETI) is the subject of a
concise history of the discipline vis-a-vis the role of the SETI Permanent
Committee of the International Academy of Astronautics (IAA), and also of a
study of the policy and other ramifications of social media in the event of the
discovery of intelligent extraterrestrial beings.

The book concludes with the republication of the
seminal and highly influential Relations
With Alien Intelligences The Scientific Basis of Metalaw by Dr. Ernst
Fasan, first published in 1970.  Scholar,
author, and attorney Ernst Fasan was among the original space lawyers, a small,
pioneering group of visionaries who recognized that the movement of man into
space must be accomplished without the shackles of history and in an
environment free from the threat of the use of space as an instrument of armed
aggression.  The influence of Dr. Fasan
has extended beyond the international legal community to the broader scientific
community, especially to the field of astrobiology, as he pursued
groundbreaking investigations into what could be the ultimate in legal
relationships - metalaw - the interaction of sentient beings from different
planets.  The contributors to this Liber
Amicorum are among those who can trace their own work to the foundations of
space law placed in part by Ernst Fasan.