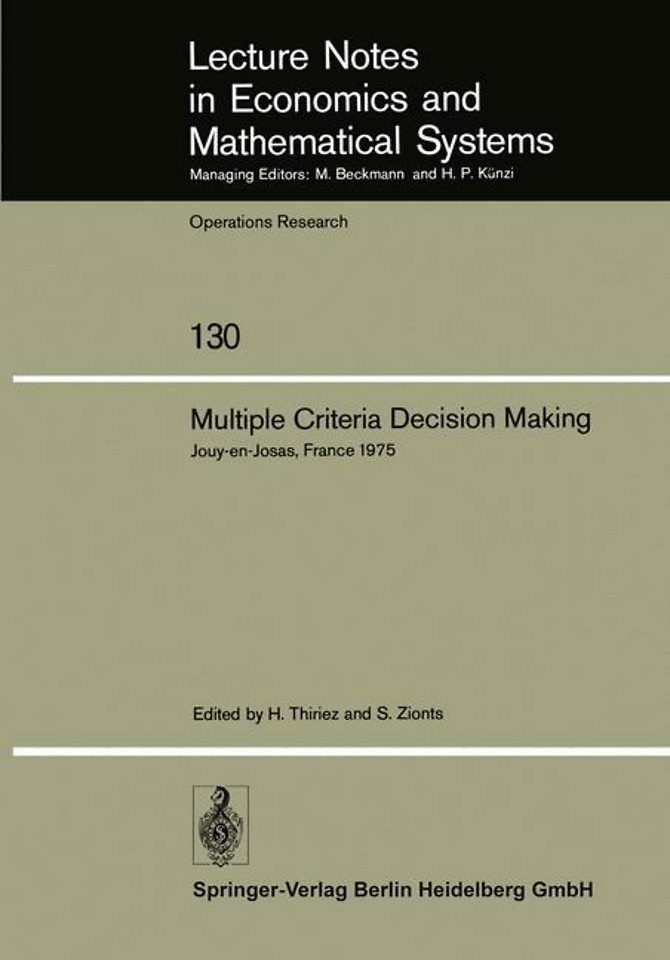 The conference was organized in order to assemble a group of researchers and practitioners in the area of Multiple Criteria Decision Making. The purpose was to discuss the current state of the art with respect to both theory and practice. This conference considered such points as recent t_heoretical developments in terms of models, the behavioral aspects of multiple criteria decision making, as well as practical applications already realized and 1n progress. In addition, there was interest in the problems of implementation of multiple-criteria methods, and the interface between theory and practice, Approximately 78 participants from 15 different countries attended the conference - both theorists and practitioners. A list of participants and their addresses is found on page 411 • Because of the relatively large number of papers presented, large morning sessions followed by smaller parallel afternoon sessions were employed'. In general a discussant commented on each paper. In addition, considerable time was reserved for small-group discussion and interaction. In addition to expressing our gratitude to the participants for their enthusiastic reception and participation in the conference, we want. to thank particularly the speakers, session chairmen and discussants. We also wish to thank the C.E.S.A. and the European Institute for their support, as well as Mrs. Randee Pomerantz and Miss Dina Nagler.~oth of the E.I.A.S.M.,for their active role in the organization and arrangements for the conference, and Mrs. Jessie Goveas, E.I.A.S.M. for typing the conference proceedings.