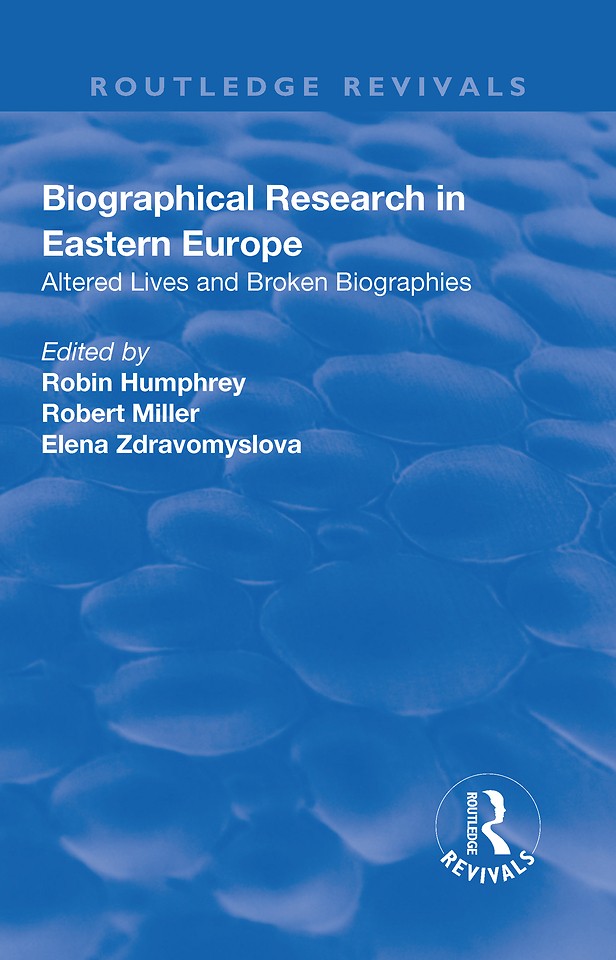 This title was first published in 2003. The transition from socialism experienced by the countries of Eastern and Central Europe during the last decade has been recognised as a profound historical watershed. It is only now, however, that the meanings and dimensions of 'post-socialism' are becoming apparent. The use of the 'biographical perspective' in research provides a unique avenue for studying these changes. Biographical Research in Eastern Europe is the only edited volume that brings the work of many of the most advanced and active biographical researchers working on Eastern Europe together in one volume. The book is organized into four parts. 'The Potential of Biographical Research,' explores the methodological issues. Arguments for the appropriateness of the biographical approach as a humanistic perspective are put forward and emphasis is laid on its fruitfulness for research into everyday lives and for the study of identity construction with particular reference to transition. 'Communists, Informers and Dissidents,' deals with the structural features of Soviet regimes, with a particular focus on the problematic divisions between public and private spheres of life. 'The Impact of Social Change,' demonstrates the value of the biographical approach as an instrument for the study of social and cultural change. 'Exile, Migration and Ethnicity,' centres on the problem of constructing and maintaining ethnic identities under repression; a context that can be seen as disturbing life-trajectories and framing the life story. Covering a wide range of 'post-socialist' countries, the chapters are unified by a common research perspective and an informative introduction that identifies common themes across the selections.