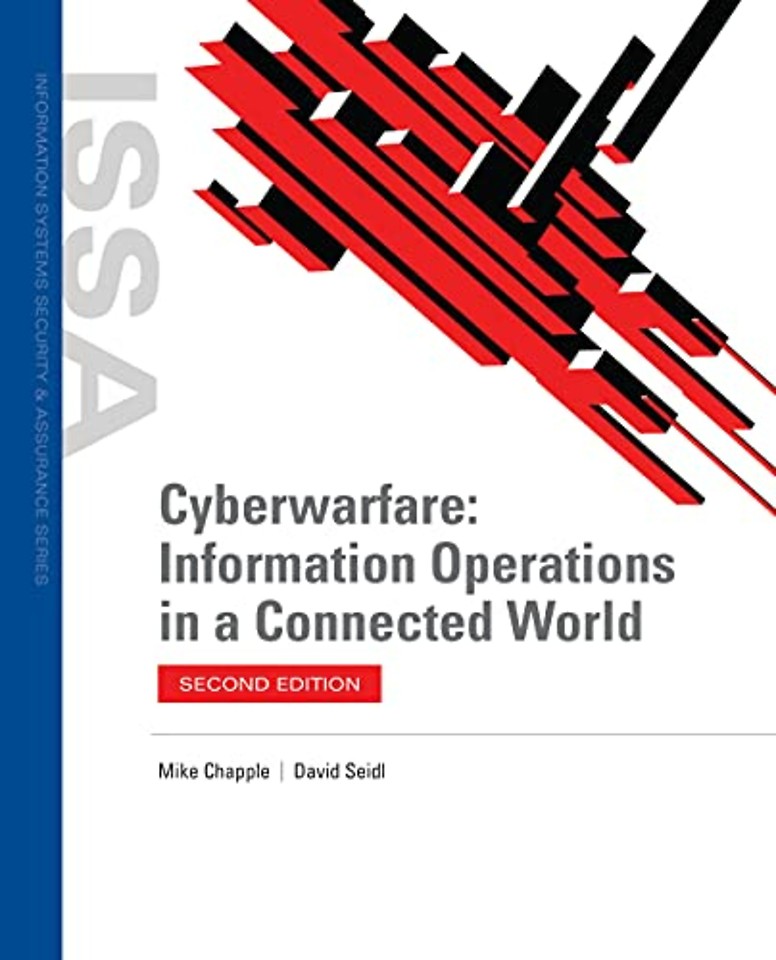 Mike Chapple, PhD, CISSP, is Teaching Professor of IT, Analytics, and Operations at the University of Notre Dame’s Mendoza College of Business.

Information Operations in a Connected World

Cyberwarfare: Information Operations in a Connected World, Second Edition puts students on the real-world battlefield of cyberspace! The text covers the role of cyberwarfare in modern military operations, where it has become almost impossible to separate cyberwarfare from traditional warfare.

Part 1 discusses the history of cyberwarfare and the variety of new concerns its emergence has fostered--from tactical considerations to the law of armed conflict and protection of civilians.

Part 2 discusses how offensive cyberwarfare has become an important part of the modern military arsenal. The rise of the advanced persistent threat has changed the face of cyberwarfare, and military planners must now be conscious of a series of cyberwarfare actions. In response, the defensive strategies that militaries use have evolved to protect themselves against cyber attacks. The concept of defense-in-depth is critical to building a well-rounded defense that will stand up to cyberwarfare events.

Part 3 explores the future of cyberwarfare, its interaction with military doctrine, and Pandora's box opened by recent events, which have set the stage for future cyber attacks.

Mike Chapple, PhD, CISSP, is Teaching Professor of IT, Analytics, and Operations at the University of Notre Dame’s Mendoza College of Business. He is a cybersecurity professional and educator with over 25 years of experience. Mike provides cybersecurity certification resources at his website, CertMike.com

Part One The Cyberwarfare Landscape
1 Information as a Military Asset
2 Targets and Combatants
3 Cyberwarfare, Law, and Ethics
4 Intelligence Operations in a Connected World