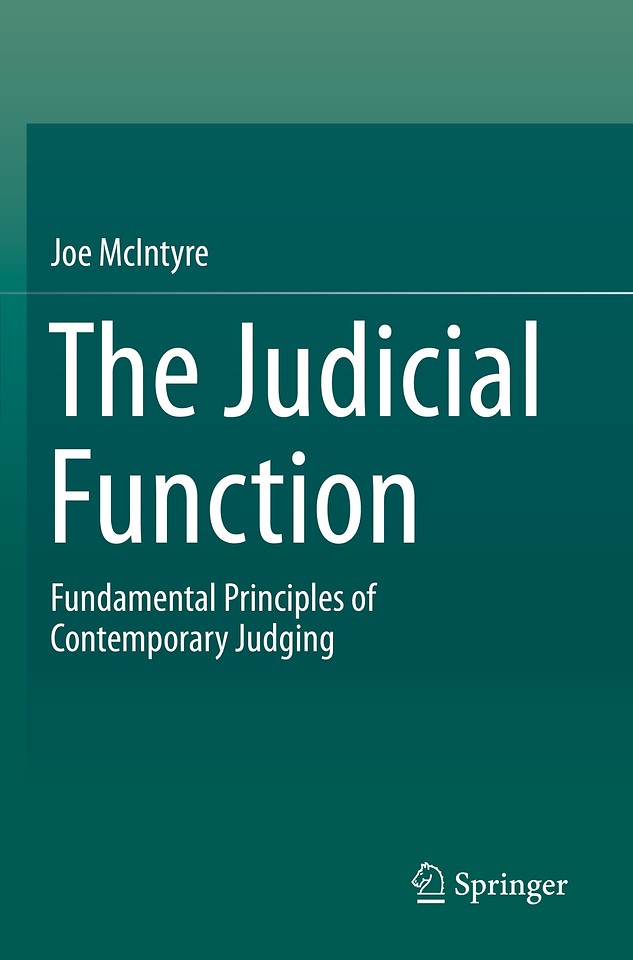 Judicial systems are under increasing pressure: from rising litigation costs and decreased accessibility, from escalating accountability and performance evaluation expectations, from shifting burdens of case management and alternative dispute resolution roles, and from emerging technologies. For courts to survive and flourish in a rapidly changing society, it is vital to have a clear understanding of their contemporary role – and a willingness to defend it.

This book presents a clear vision of what it is that courts do, how they do it, and how we can make sure that they perform that role well. It argues that courts remain a critical, relevant and supremely well-adjusted institution in the 21st century.

The approach of this book is to weave together a range of discourses on surrounding judicial issues into a systemic and coherent whole. It begins by articulating the dual roles at the core of the judicial function: third-party merit-based dispute resolution and social (normative) governance. By expanding upon these discrete yet inter-related aspects, it develops a language and conceptual framework to understand the judicial role more fully. The subsequent chapters demonstrate the explanatory power of this function, examining the judicial decision-making method, reframing principles of judicial independence and impartiality, and re-conceiving systems of accountability and responsibility. The book argues that this function-driven conception provides a useful re-imagining of some familiar issues as part of a coherent framework of foundational, yet interwoven, principles. This approach not only adds clarity to the analysis of those concepts and the concrete mechanisms by which they are manifest, but helps make the case of why courts remain such vital social institutions.

Ultimately, the book is an entreaty not to take courts for granted, nor to readily abandon the benefits they bring to society. Instead, by understanding the importance and legitimacy of the judicial role, and its multifaceted social benefits, this books challenge us to refresh our courts in a manner that best advances this underlying function.