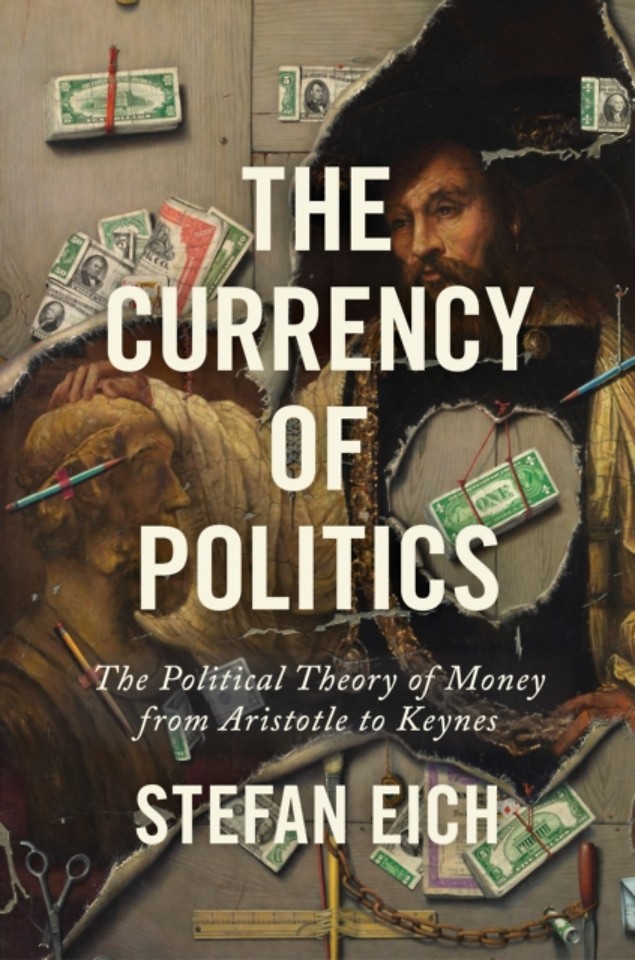 Stefan Eich is the Perkins-Cotsen Postdoctoral Fellow in the Princeton Society of Fellows and a Lecturer in Politics at Princeton University.

The Currency of Politics

The Political Theory of Money from Aristotle to Keynes

Money in the history of political thought, from ancient Greece to the Great Inflation of the 1970s

In the wake of the 2008 financial crisis, critical attention has shifted from the economy to the most fundamental feature of all market economies-money. Yet despite the centrality of political struggles over money, it remains difficult to articulate its democratic possibilities and limits. The Currency of Politics takes readers from ancient Greece to today to provide an intellectual history of money, drawing on the insights of key political philosophers to show how money is not just a medium of exchange but also a central institution of political rule.

Money appears to be beyond the reach of democratic politics, but this appearance-like so much about money-is deceptive. Even when the politics of money is impossible to ignore, its proper democratic role can be difficult to discern. Stefan Eich examines six crucial episodes of monetary crisis, recovering the neglected political theories of money in the thought of such figures as Aristotle, John Locke, Johann Gottlieb Fichte, Karl Marx, and John Maynard Keynes.

He shows how these layers of crisis have come to define the way we look at money, and argues that informed public debate about money requires a better appreciation of the diverse political struggles over its meaning. Recovering foundational ideas at the intersection of monetary rule and democratic politics, The Currency of Politics explains why only through greater awareness of the historical limits of monetary politics can we begin to articulate more democratic conceptions of money.

Stefan Eich is the Perkins-Cotsen Postdoctoral Fellow in the Princeton Society of Fellows and a Lecturer in Politics at Princeton University. Stefan's research interests are in political theory and the history of political thought.

The Currency of Politics