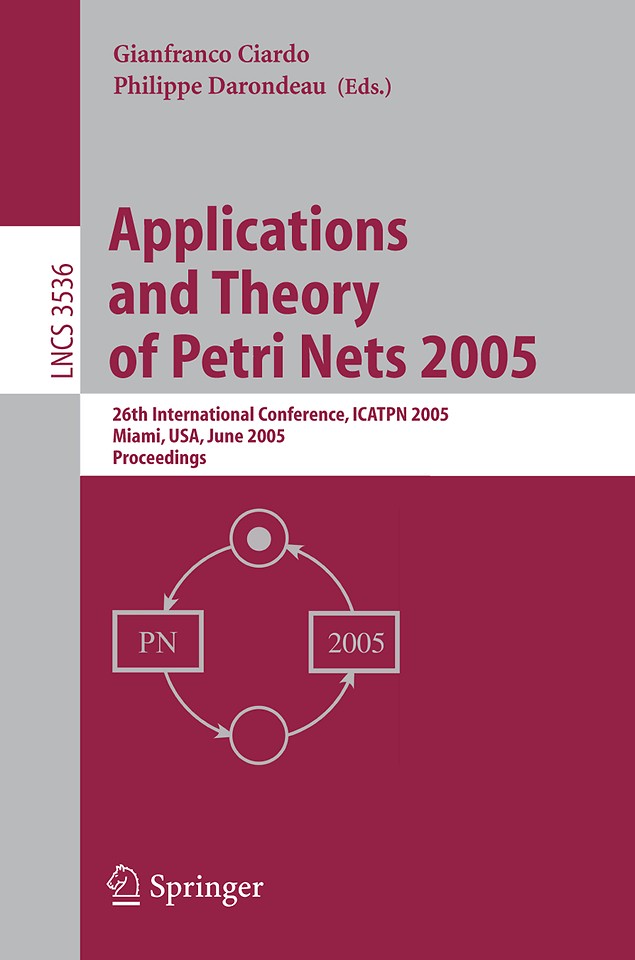 Applications and Theory of Petri Nets 2005

This volume contains the proceedings of the 26th International Conference on Application and Theory of Petri Nets and Other Models of Concurrency (ICATPN 2005). The Petri net conferences serve to discuss yearly progress in the ?eld of Petri nets and related models of concurrency, and to foster new - vancesintheapplicationandtheoryofPetrinets.Theconferencestypicallyhave 100–150 participants, one third from industry and the others from universities and research institutions, and they always take place in the last week of June. SuccessiveeditionsoftheconferencearecoordinatedbytheSteeringCommittee, whose members are listed on the next page, which also supervises several other activities—see the Petri Nets World at the URLwww.daimi.au.dk/PetriNets. The 2005 conference was organized in Miami by the School of Computer Science at Florida International University (USA). We would like to express our deep thanks to the Organizing Committee, chaired by Xudong He, for the time and e?ort invested to the bene?t of the community in making the event successful. Several tutorials and workshops were organized within the conf- ence, covering introductory and advanced aspects related to Petri nets. Detailed information can be found at the conference URLwww.cs.fiu.edu/atpn2005. We received altogether 71 submissions from authors in 22 countries. Two submissions were not in the scope of the conference. The Program Comm- tee selected 23 contributions from the remaining 69 submissions, classi?ed into three categories: application papers (6 accepted, 25 submitted), theory papers (14 accepted, 40 submitted), and tool presentations (3 accepted, 4 submitted).

Applications and Theory of Petri Nets 2005