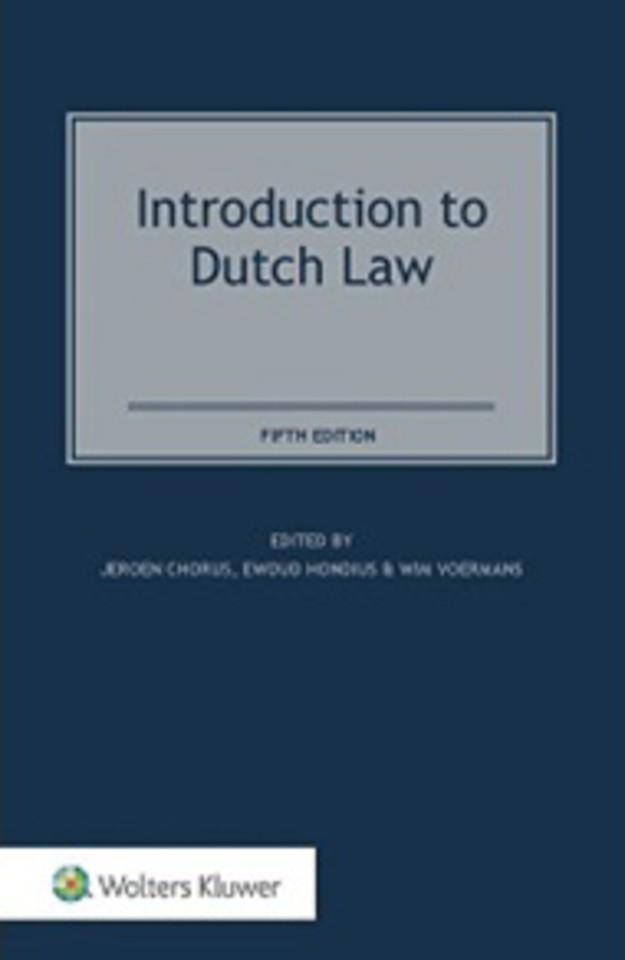 Introduction to Dutch Law serves as a recognised legal resource, since its first edition in 1978, providing an excellent overview of Dutch law for foreign lawyers. This Fifth Edition fully updates its systematic description of the legal sources, institutions and concepts in all major fields of Dutch law. Recent developments that have been covered include the progressive implementation of standards set by international conventions, the reorganization of the judiciary, the statute on environmental law and the (re)codification of private international law. The continuing influence of European law is evident in many fields, most notably in family law. Like previous editions, the Fifth Edition has been prepared under the auspices of the Netherlands Comparative Law Association.

The various topics discussed in this book include:
-an introduction to all major areas of Dutch Law, varying from criminal law and judicial organisation to obligations and tax law;
-authoritative commentary by prominent legal scholars and practitioners;
-major legal revisions, such as the reorganization of the judiciary, the coming into force of the statute on environmental law in 2010 and the (re)codification of private international law in Book 10 of the Civil Code, which came into force on 1 January 2012;
-the influence of European and international law upon Dutch law.

The historical origins of Dutch law are discussed, as well as Dutch legal culture, judicial organization, legal education and the legal profession. These chapters are followed by introductions to essential issues of private and public law and labour law. The last chapter examines questions of legal philosophy.

The only resource of its kind available, this book is unmatched as a thorough guide to further research. It offers practitioners, foreign lawyers and law students (in particular ERASMUS exchange students) a quick and reliable way into any area of Dutch law that they may be required to research. It will also be of great value to comparatists (especially those studying the influence of European law on national legal systems), scholars and students.