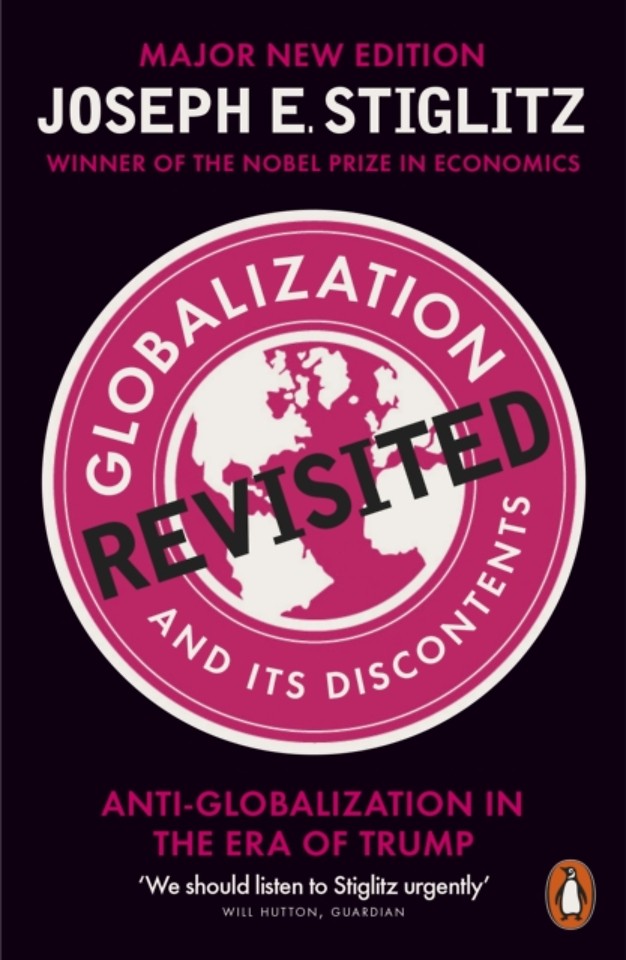 Globalization and Its Discontents Revisited

Anti-Globalization in the Era of Trump

**Over 1 million copies sold worldwide**MAJOR NEW EDITIONFrom Nobel laureate Joseph Stiglitz, Globalization and its Discontents is the bestselling expose of the all-powerful organizations that control our lives. Joseph Stiglitz's landmark book lifted the lid on how globalization was hurting those it was meant to help. Many of its predictions came true, and it became a touchstone in the debate.

This major new edition looks afresh at the continuing mismanagement of globalization, and how it has led to our current political and economic discontents. Globalization can still be a force for good, Stiglitz argues. But the balance of power has to change.

Here he offers real, tough solutions for the future. 'A massively important political as well as economic document ... we should listen to him urgently' Will Hutton, Guardian 'Stiglitz is a rare breed, an heretical economist who has ruffled the self-satisfied global establishment that once fed him.

Globalization and its Discontents declares war on the entire Washington financial and economic establishment' Ian Fraser, Sunday Herald 'Gripping ... this landmark book shows him to be a worthy successor to Keynes' Robin Blackburn, Independent

Part II: Globalization and Its Discontents (2002 edition)
5. The Promise of Global Institutions
6. Broken Promises
7. Freedom to Choose?
8. The East Asia Crisis: How IMF Policies Brought the World to the Verge of a Global Meltdown
9. Who Lost Russia?
10. Unfair Fair Trade Laws and Other Mischief
11. Better Roads to the Market
12. The IMF's Other Agenda
13. The Way Ahead

Afterword to the 2017 Edition
Notes
Index

Globalization and Its Discontents Revisited