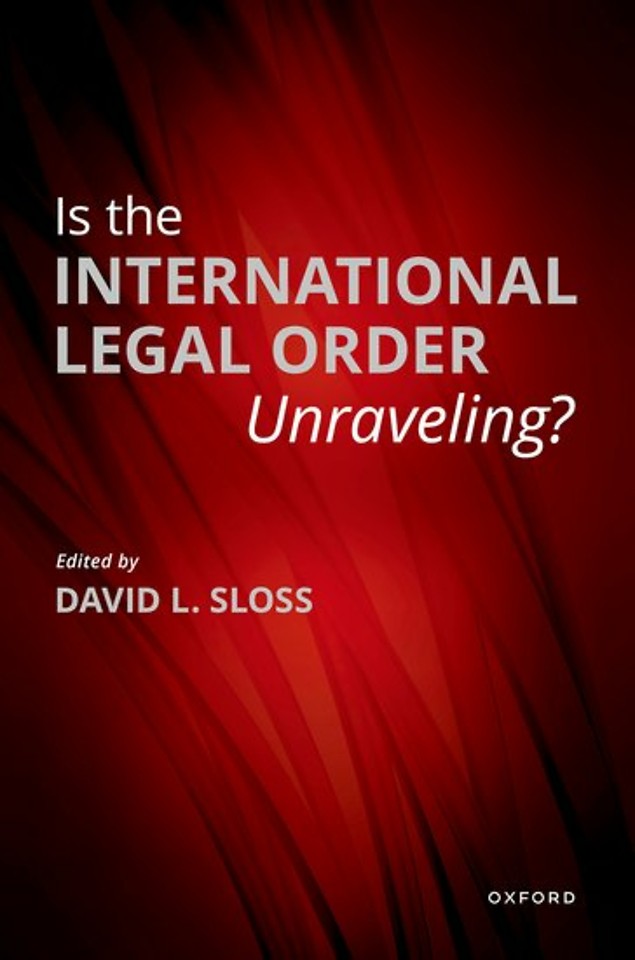 Is the International Legal Order Unraveling?

This book grows out of the work of a study group convened by the American Branch of the International Law Association. The group had a mandate to examine threats to the rules-based international order and possible responses. The several chapters in the book-all of which are written by distinguished international law scholars—generally support the conclusion that the rules-based international order confronts significant challenges, but it is not unraveling—at least, not yet. Climate change is the biggest wild card in trying to predict the future. If the world's major powers—especially the United States and China—cooperate with each other to combat climate change, then other threats to the rules-based order should be manageable. If the world's major powers fail to address the climate crisis by 2040 or 2050, the other threats addressed in this volume may come to be seen as trivial in comparison.

Part Two - International Peace and Security
Chapter 5. War and the Words: The International Use of Force in the United Nations Charter Era by Lauren Sukin and Allen S. Weiner
Chapter 6. The Jus in Bello Under Strain: Diluted but not Disintegrating by Laura A. Dickinson
Chapter 7. Autonomous Weapons by Chris Jenks
Chapter 8. Cyber Conflict and the Thresholds of War by Ido Kilovaty

Is the International Legal Order Unraveling?