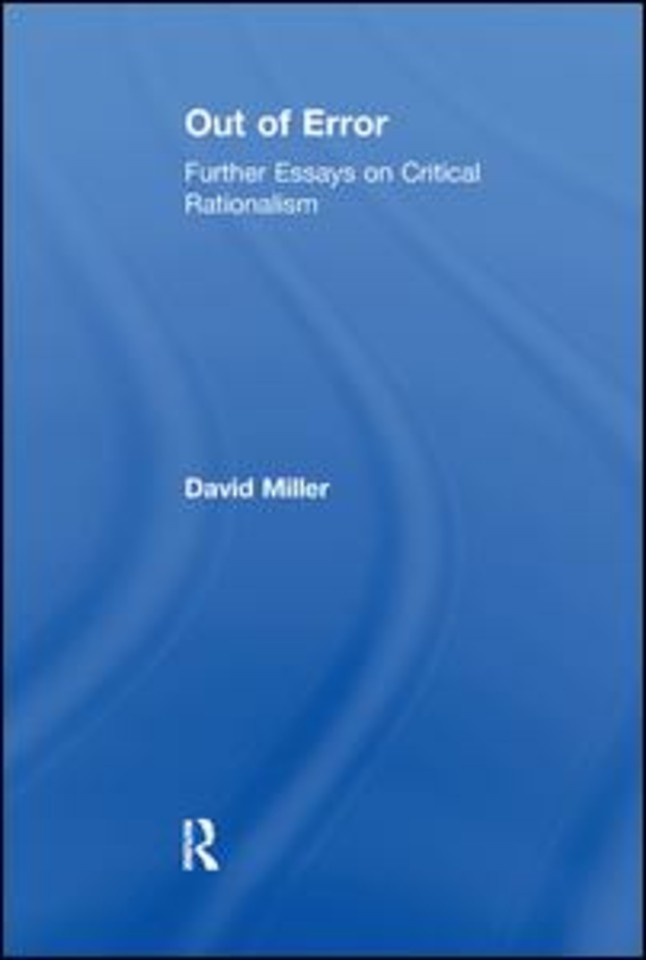 If there has been some modest advance, since Karl Popper's death in 1994, in the general understanding of his critical rationalist theory of knowledge and philosophy of science, there is still widespread resistance both to it and to the recognition of the magnitude of his contribution. Popper long ago diagnosed the logical problems of traditional enlightenment rationalism (as did some irrationalists), but instead of pretending that they are readily solved or embracing irrational defeatism (as do postmodernists), he provided a cogent and liberating rationalist alternative. This book promotes, defends, criticizes, and refines this alternative. David Miller is the foremost exponent of the purist critical rationalist doctrine and here presents his mature views, discussing the role that logic and argument play in the growth of knowledge, criticizing the common understanding of argument as an instrument of justification, persuasion or discovery and instead advocating the critical rationalist view that only criticism matters. Miller patiently and thoroughly undoes the damage done by those writers who attack critical rationalism by invoking the sterile mythology of induction and justification that it seeks to sweep away. In addition his new material on the debate on verisimilitude is essential reading for all working in this field.