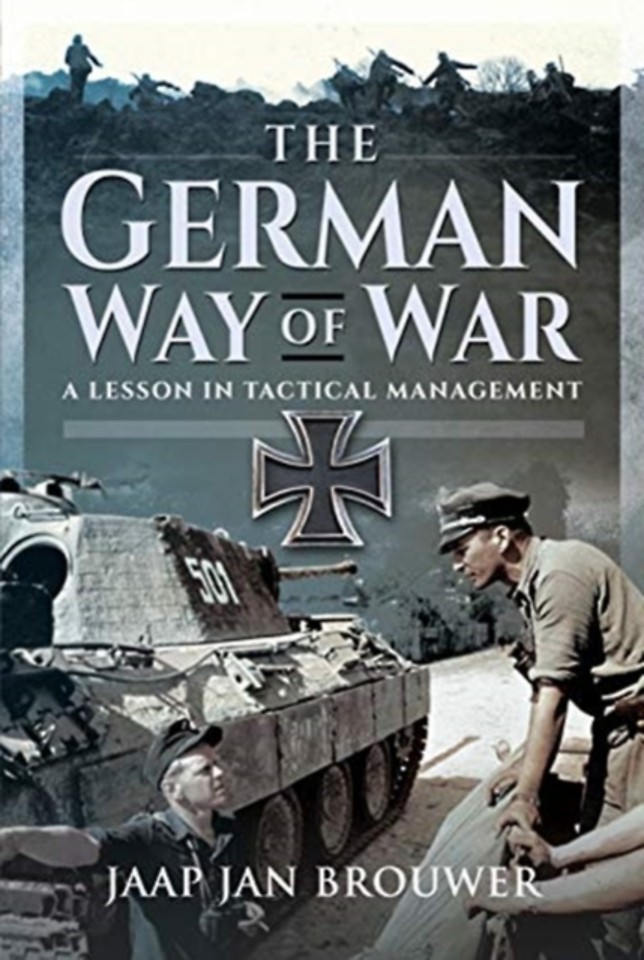 The German Way of War

A Lesson in Tactical Management

The German Army lost two consecutive wars and the conclusion is often drawn that it simply wasn't able to cope with its opponents. This image is constantly reinforced in literature and in the media, where seemingly brainless operating German units led by fanatical officers predominate. Nothing was as far from the truth.

The records show that the Germans consistently outfought the far more numerous Allied armies that eventually defeated them: their relative battlefield performance was at least 1.5 and in most cases 3 times as high as that of its opponents. The central question in this book is why the German Army had a so much higher relative battlefield performance than the opposition. A central element within the Prussian/German Army is Auftragstaktik, a tactical management concept that dates from the middle of the nineteenth century and is still very advanced in terms of management and organization.

Using more than fifty examples to illustrate the realities of the battlefield, from North Africa to Arnhem and the Hurtgen Forest, the author explains why the Prussian/German Army was such an unprecedented powerful fighting force. And why Auftragstaktik - under other guises - is still the basic form of operation for many European armies, with even the US Army introducing certain elements of Auftragstaktik into its organization, more than 150 years after its conception.

The German Way of War