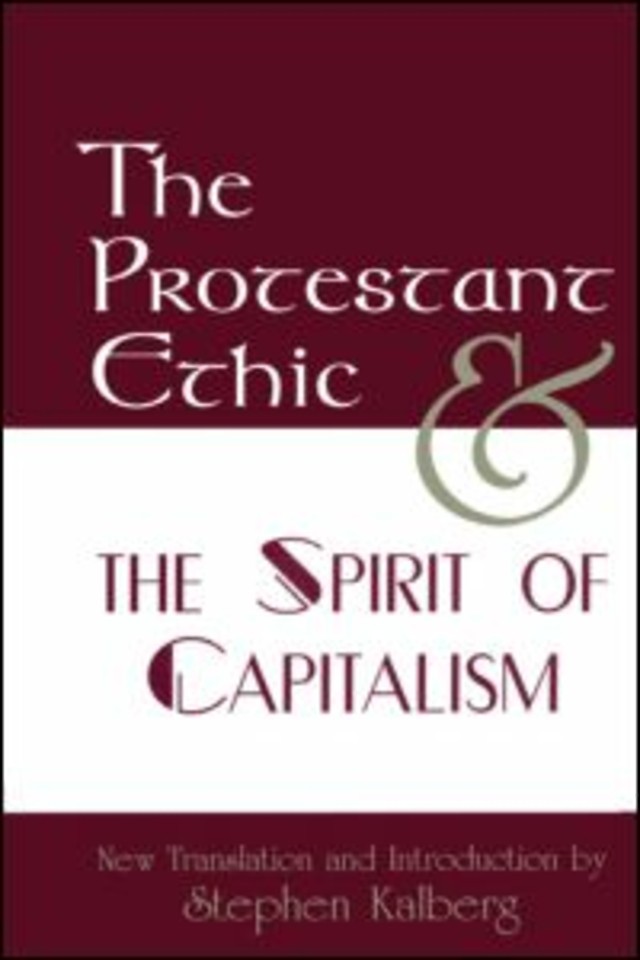 Protestant Ethic and the Spirit of Capitalism

For the first time in 70 years, a new translation of Max Weber's classic The Protestant Ethic and the Spirit ofCapitalism --one of the seminal works in sociology-- published in September 2001. Translator Stephen Kalberg is an internationally acclaimed Weberian scholar, and in this new translation he offers a precise and nuanced rendering that captures both Weber's style and the unusual subtlety of his descriptions and causal arguments. Weber's original italicization, highlighting major themes, has been restored, and Kalberg has standardized Weber's terminology to better facilitate understanding of the various twists and turns in his complex lines of reasoning.

Weber's compelling work remains influential for these reasons: it explores the continuing debate regarding the origins and legacy of modem capitalism in the West; it helps the reader understand today's global economic development; and it plumbs the deep cultural forces that affect contemporary work life and the workplace in the United States and Europe.

This new edition/translation also includes a glossary; Weber's 1906 essay, "The Protestant Sects and the Spirit of Capitalism"; and Weber's masterful prefatory remarks to his Collected Essays inthe Sociology of Religion, in which he defines the uniqueness of Western societies and asks what "ideas and interests" combined to create modem Western rationalism

Protestant Ethic and the Spirit of Capitalism