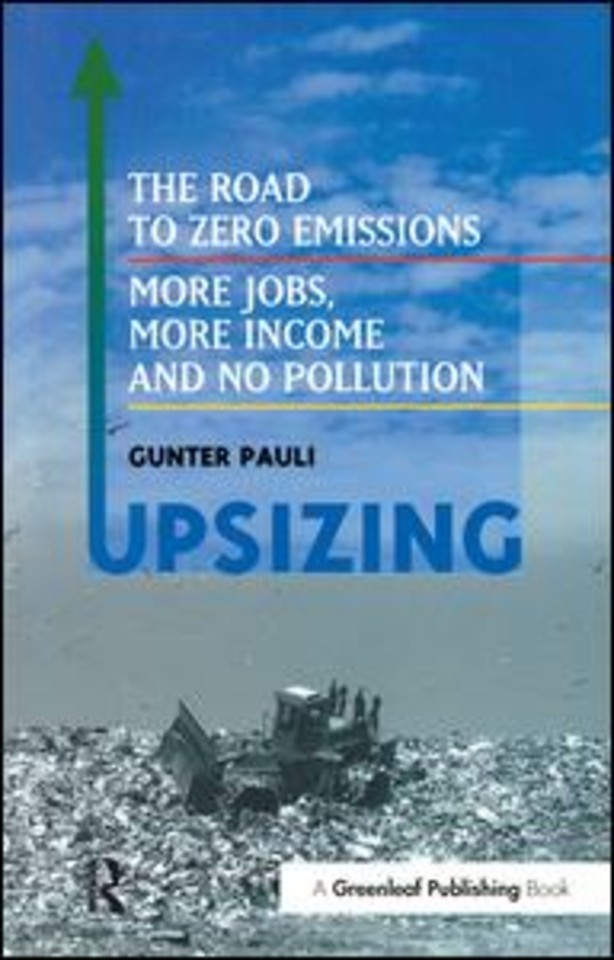 The Road to Zero Emissions: More Jobs, More Income and No Pollution

"Zero emissions" has become a definitive term in the debate on sustainable development in the last few years. This radical book focuses on a world where the waste for one process can become the raw material for another – a cascade of materials once thought worthless supporting new products, new processes and new wealth – as industries that were previously considered unrelated cluster together. A world where new business will be created on an unprecedented scale. This is not just a theory: projects in the agro-industries, based on integrated biosystems, are already up and running in countries as diverse as Fiji, Namibia and Colombia and are fully described in the book, as is the lead given by Japan in terms of the adoption of the concept. In UpSizing, Gunter Pauli, founder of the Zero Emissions Research Initiative (ZERI), examines how the adoption of the Zero Emissions concept not only radically reduces pollution and waste but can contribute significantly to the generation of income and jobs – specifically for those that need them most: the rural poor in less developed countries.