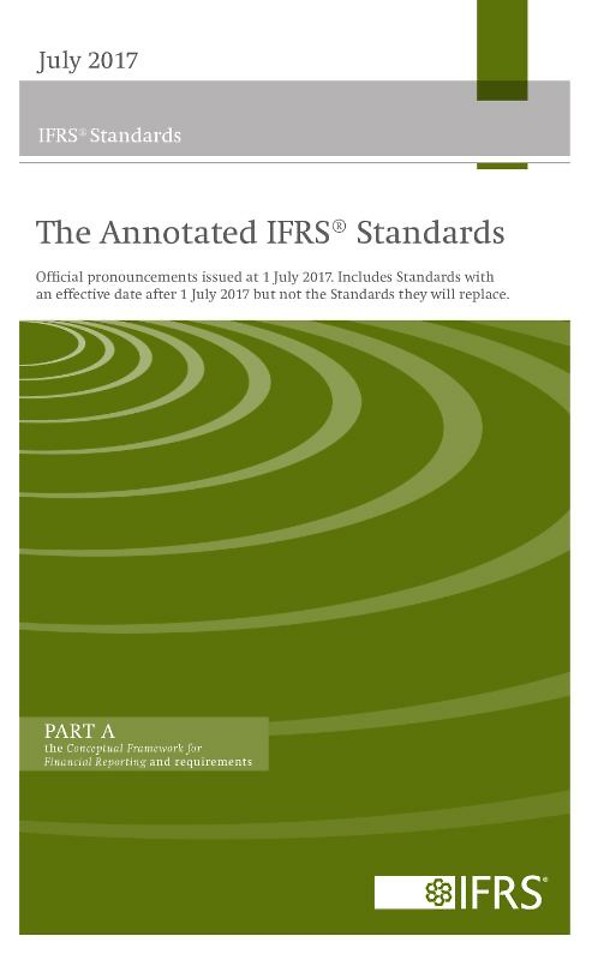 The Annotated IFRS® Standards (Green Book) July 2017 contains the latest issued IFRS Standards as at 1 July 2017 including IFRS 9, IFRS 15, IFRS 16 and IFRS 17, but not the Standards they will replace. The educational guidance make this volume a particularly useful aid for those studying or applying the Standards.

What's Inside? Extensive cross-references and explanatory notes have been added to guide readers through each Standard and:
-other related Standards;
-accompanying Illustrative Examples and Implementation Guidance; and its
-Basis for Conclusions.

In addition, IFRS Interpretations Committee agenda decisions issued up to 30 June 2017 have also been included as annotations.