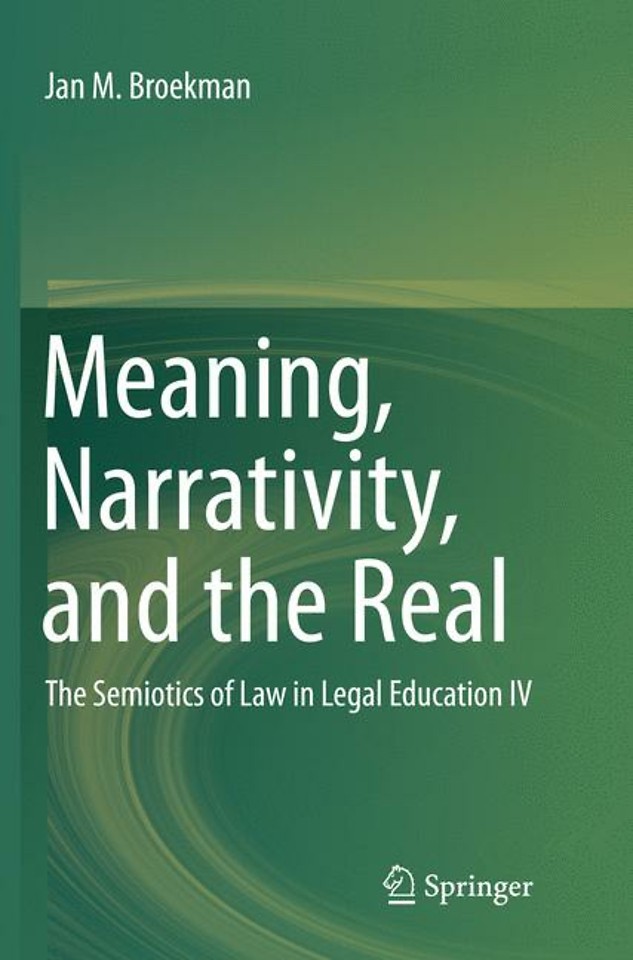 Meaning, Narrativity, and the Real

The Semiotics of Law in Legal Education IV

This book examines the concept of meaning and our
general understanding of reality in a legal and philosophical context. Starting
from the premise that meaning is a matter of linguistic and other forms of
articulation, it considers the inherent philosophical consequences.  Part
I presents Klages’, Derrida’s, Von Hofmannsthal’s and Wittgenstein’s
explorations of silence as a source of articulation and meaning.  Debates
about 20th century psychologism gave the
attitude concept a pivotal role; it illustrates the importance of the discovery
that a word is globally qualified as ‘the basic unit of language’.  This
is mirrored in the fact that we understand reality as a matter of particles and
thus interpret the real as a component of an all-embracing ‘particle story’.
Each chapter of the book focuses on an aspect of legal semiotics related
to the chapter’s theme: for instance on the meaning of a Judge’s ‘Saying for
Law’, on law students training in varying attitudes or on the ties between law
and language.

Part II of the book illustrates our general
understanding of reality as a matter of particles and partitioning, and
examines texts that prove that particle thinking is basic for our meaning
concept. It shows that physics, quantum theory, holism, and modern brain
research focusing on human linguistic capabilities, confirm their ties to the
particle story. In contrast, the book concludes that partitions and particles
are neither a fact in the history of the cosmos nor a determinant of knowledge
and the sciences, and that meaning is a process: a constellation rather than a
fixation.  This is manifest once one understands meaning as the result of
continuously changing attitudes, which create our narratives on cosmos and
creation. The book proposes a new key for meaning: a linguistic occurrence
anchored in dimensions of human narrativity.

Meaning, Narrativity, and the Real