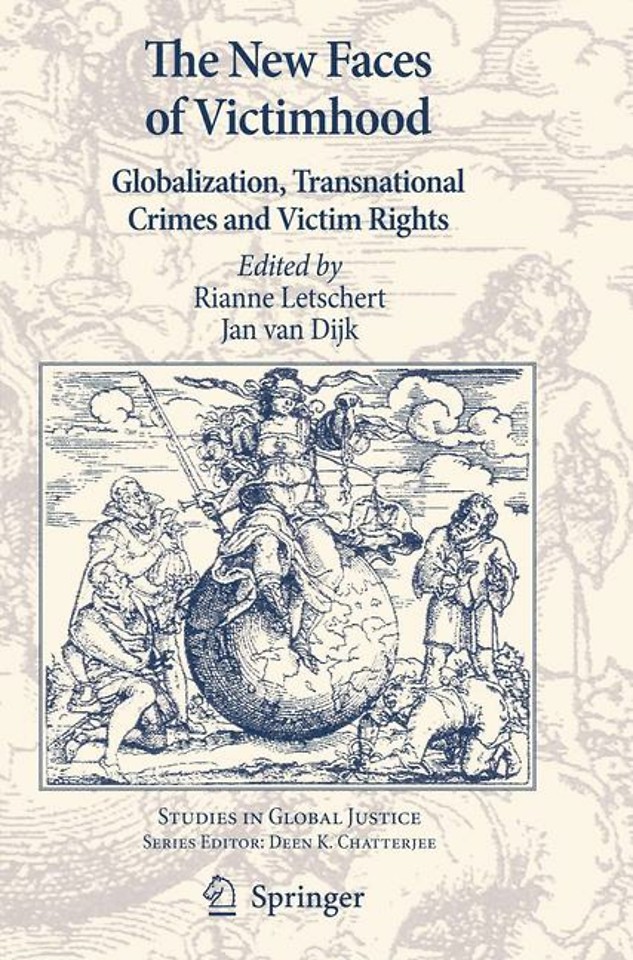 The New Faces of Victimhood

Besides generating wealth, globalization makes victims, including victims of new forms of crime. In this edited book of scholarly essays, international lawyers and criminologists reflect on the legal challenges posed by these dark sides of globalization. Examples include transnational organised crime, human trafficking and corruption, cyber crimes, international terrorism, global corporate crime and cross-border environmental crimes. The authors reflect on the limits of domestic systems of justice in providing protection, empowerment and redress to the victims of these emerging forms of global insecurity. They argue for the need of better international or supra-national institutional arrangements such as legal instruments and actions of the United Nations or regional organizations such as the European Union.

In part I Jan Van Dijk and Rianne Letschert present an overview of trends in criminal victimization against the backdrop of globalization using a unique set of statistical indicators. By placing this issue in the framework of the human security concept, the authors draw out its broader political and normative implications. Theologist Ralf Bodelier explains how modern communication technologies have heightened sensitivities among the general public for human insecurities anywhere in the world. In his view, a new global conscience is in the making that may become the cornerstone of international solidarity and action. Marc Groenhuijsen and Rianne Letschert describe the emergence of national and international legal and institutional arrangements to offer remedies to victims of crime in an era of globalization.

In part II a selection of experts analyse the specific issues surrounding the protection and empowerment of victims of different types of international crimes such as human trafficking, organised crime/corruption, terrorism, global corporate crime and cross border environmental crimes. In part III focused attention is given to the special challenges and opportunities of protecting and assisting crime victims in cyberspace. Part IV deals with emerging victim issues in humanitarian law such as the accountability of private military companies and the implementation of the ambitious victim provisions in the statute of the International Criminal Court including the establishment of a global fund for reparations.

In the final part of the book some of its core authors formulate their ideas about the international institutional arrangements that should be put in place to offer justice to the victims of globalization. A concrete proposal is made for the transformation of the United Nations 1985 Declaration on the Principles of Justice for Victims of Crime and Abuse of Power into a full-fledged UN convention. In the final chapter further proposals are made for the increased involvement of regional organisations such as the European Union in the protection of victims of global crime.

The New Faces of Victimhood