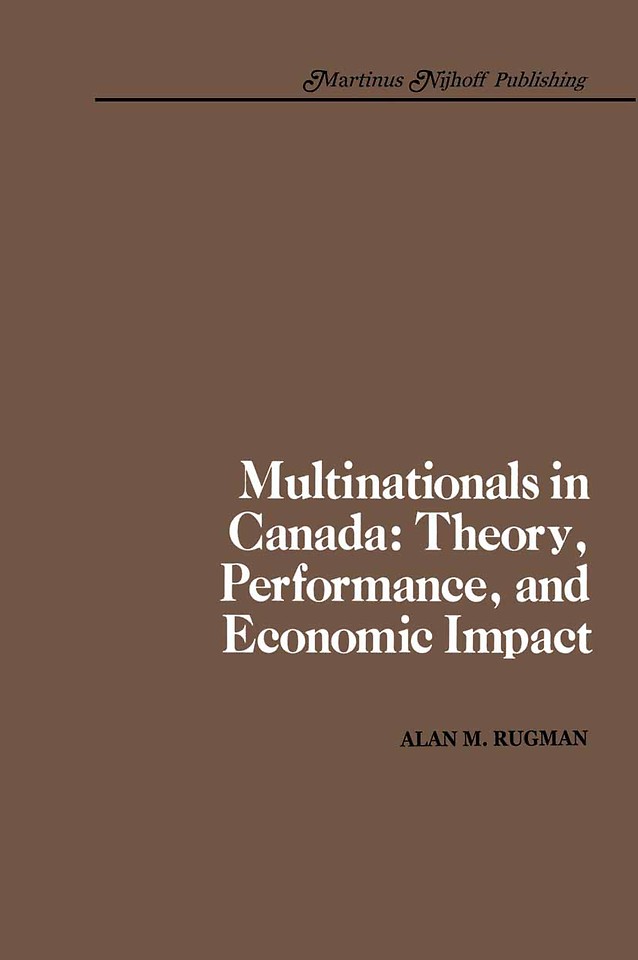 Multinational enterprises have become one of the distinctive institutions of our times. Controversy over their economic and political effects, and over appropriate public policy responses, has become common in home and host countries and in international agencies. Much of this debate is reminiscent of the role of large corporations generally, particularly in their interregional and intergroup effects. The multinational setting, however, would have raised distinctive issues even apart from the strong surges of nationalism and anti-imperialism which have marked recent history. Canada has a long and unusual experience with such enterprises. Foreign control of capital in the nonfinancial industries (manufacturing, petroleum and gas, other mining and smelting, utilities, merchandising) was already 20 percent in 1930 and 25 percent in 1948. It rose to 36 percent by the late 1960s, but has since receded to about 30 percent. In 1975, fully 55 percent of the capital in manufacturing was controlled outside Canada, as was 72 per­ cent of that in petroleum and gas, and 58 percent in other mining. These figures exceed those of other developed countries, although there have been striking increases in recent decades. About 80 percent of the direct invest­ ment capital in Canada is from the United States. Recently, Canadians have xi xii FOREWORD become aware of a surge of Canadian direct investment abroad, which on a flow basis has exceeded inflows (exclusive of retained earnings) for most of the 1970s.