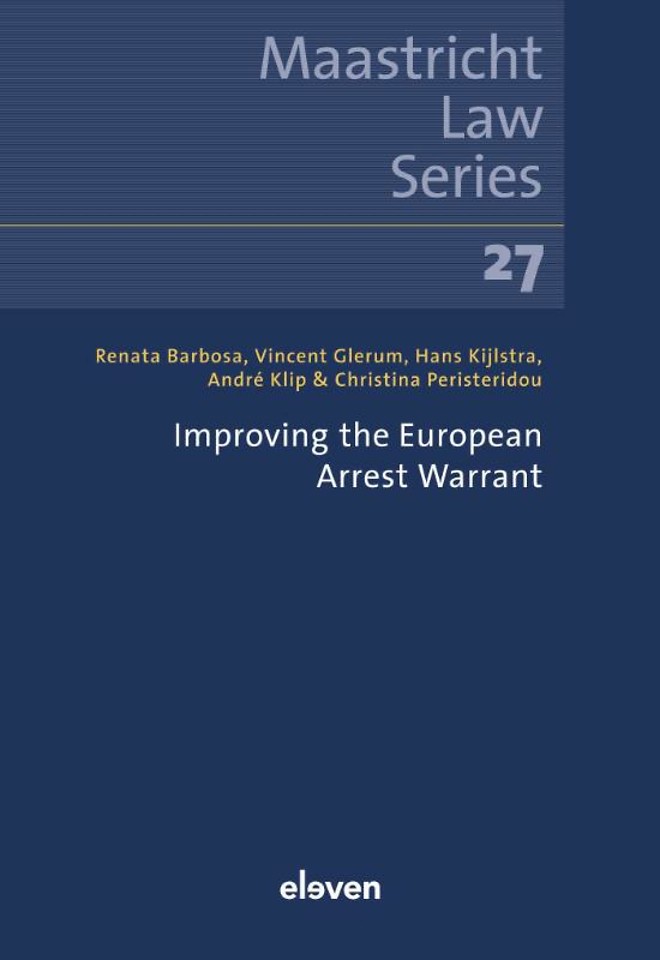 The ImprovEAW-project concerns European Arrest Warrant proceedings in seven Member States (Belgium, Greece, Hungary, Ireland, the Netherlands, Poland and Romania). Maastricht Law Series No. 23 contains the country reports for Greece, the Netherlands and Poland. ImprovEAW is a follow up to an earlier project that focused on In Absentia Judgments (Maastricht Law Series No. 12).

This book looks at various other aspects of the EAW surrender procedure that are problematic in practice, such as the information to be provided in the European arrest warrant, the status of the issuing authority and differences in implementation in the Member States. It also goes more into detail as it aims to present an alternative to the European Commission’s outdated Handbook on how to issue and execute a European arrest warrant.

This study ends with a proposal to create a procedure that complies with the demands of a dual level of protection, which takes place after arrest of the requested person in the executing Member State. The present research report is completed with a hands-on set of Common Practical Guidelines on issuing and executing EAWs for practitioners.

André Klip is Professor of criminal law, criminal procedure and international criminal law at Maastricht University. He is a member of the Royal Netherlands Academy of Arts and Sciences and a judge at the ’s-Hertogenbosch Court of Appeal.

6 An Integrative Approach to Decisions and a Coordinated Application of Legal Instruments 297
6.1 Introduction 297
6.2 Starting point 303
6.3 Debating the need for a national arrest warrant and the need for an EAW 304
6.4 Where to hear the requested person and by whom? 305
6.5 Final stage: the executing authority assessing the EAW 307
6.6 Recommendations to the European Union 308