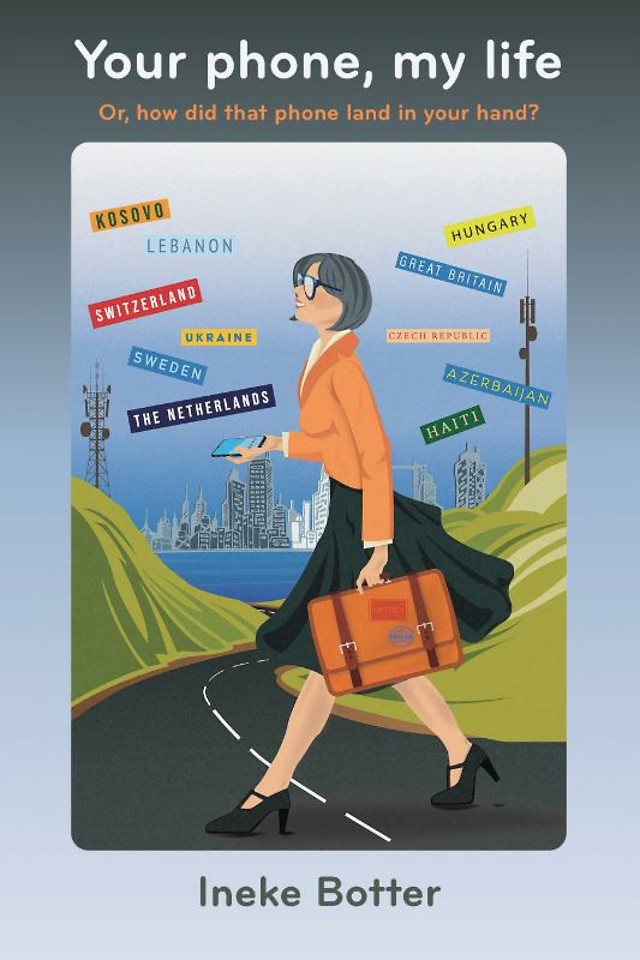 Your phone, my life

Or, how did that phone land in your hand?

Your phone, my life. Or, how did that phone land in your hand? is the adventurous story of how the world built and expanded its mobile networks over the past thirty years.

The author’s journey started in the USSR, Ukraine, where she, as part of a team, negotiated with the Minister of Telecommunications of a country with virtually no telecom infrastructure.

From Kiev, her work took her first to other countries in the former Eastern Bloc and then to Western Europe, Kosovo, Lebanon, Azerbaijan and Haiti. As CEO, she was in charge of mobile network operations in all these countries, and managed them through periods of political unrest, war, bomb attacks and other serious obstacles.

She and her teams have received many awards, ranging from prizes for the best CSR, best branding and best technology programmes, to recognition from the UN for the work she and her team did for the UN investigation into the assassination of former Lebanese PM Rafiq Hariri. She also received a personal award as Best International Manager whilst working in Azerbaijan.

Looking back, she says, ‘I’m happy our efforts made that people are able to stay in touch, no matter what.’

Ineke Botter was born in the Netherlands and studied corporate and international law at the University of Amsterdam. She started her career in finance in Amsterdam and London before switching to the mobile telecommunications industry in 1991.

There are currently just under 1,000 mobile networks globally and Ms. Botter was one of very few female CEOs in the mobile industry.

Your phone, my life