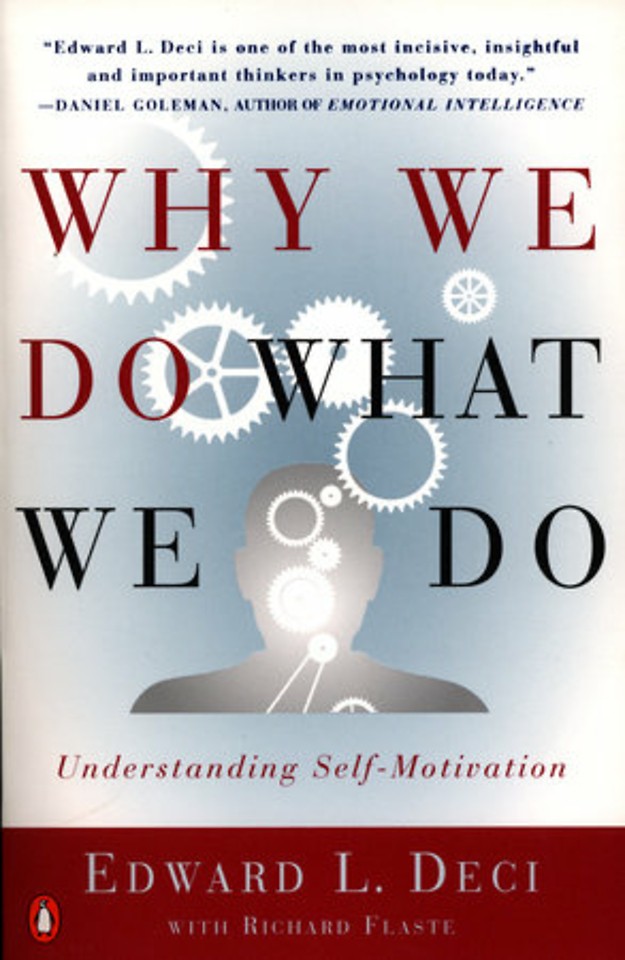 If you reward your children for doing their homework, they will usually respond by getting it done. But is this the most effective method of motivation? No, says psychologist Edward L. Deci, who challenges traditional thinking and shows that this method actually works against performance.

The best way to motivate people-at school, at work, or at home-is to support their sense of autonomy. Explaining the reasons why a task is important and then allowing as much personal freedom as possible in carrying out the task will stimulate interest and commitment, and is a much more effective approach than the standard system of reward and punishment.

We are all inherently interested in the world, argues Deci, so why not nurture that interest in each other? Instead of asking, “How can I motivate people?” we should be asking, “How can I create the conditions within which people will motivate themselves?”

‘An insightful and provocative meditation on how people can become more genuinely engaged and succesful in pursuing their goals.’ - Publisher’s Weekly

1. Authority and Its Discontents

Part One: The Importance of Autonomy And Competence
2. I’m Only in It for the Money: Early Experiments on Rewards and Alienation
3. The Need for Personal Autonomy
4. Intrinsic and Extrinsic Motivation: The Yields of Each
5. Engaging the World with a Sense of Competence

Part Two: The Role Of Interpersonal Connectedness
6. The Inner Force of Developement
7. When Society Beckons
8. The Self in a Social World
9. When Society Corrupts

Part Three: How It All Works
10. How to Promote Autonomy
11. Promoting Healthy Behavior
12. Being Autonomous Amidst the Controls