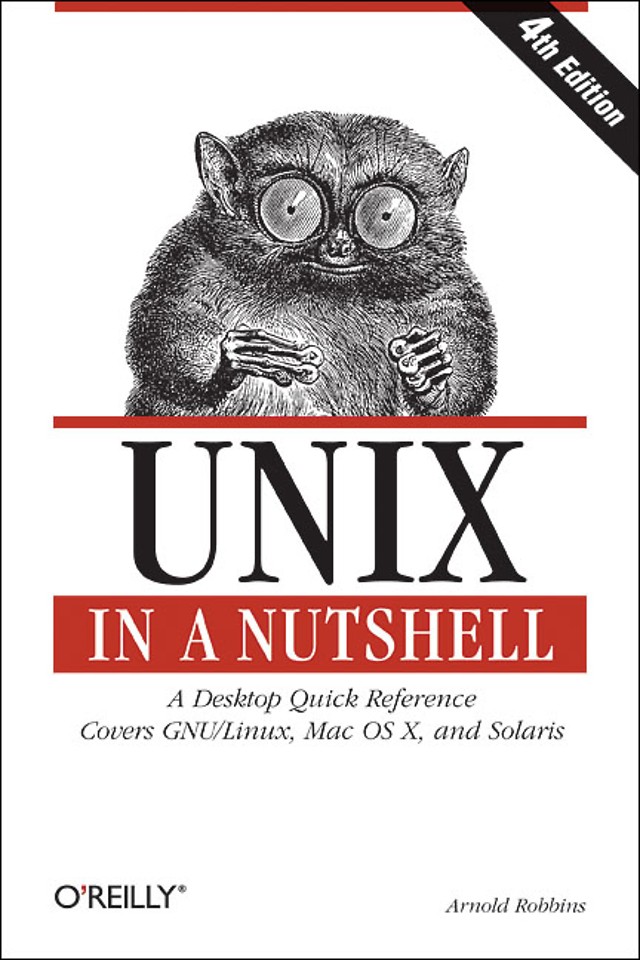 Arnold Robbins, an Atlanta native, is a professional programmer and technical author. He has worked with Unix systems since 1980, when he was introduced to a PDP-11 running a version of Sixth Edition Unix.

Unix in a Nutshell 4th edition

As an open operating system, Unix can be improved on by anyone and everyone: individuals, companies, universities, and more. As a result, the very nature of Unix has been altered over the years by numerous extensions formulated in an assortment of versions. Today, Unix encompasses everything from Sun's Solaris to Apple's Mac OS X and more varieties of Linux than you can easily name.

The latest edition of this bestselling reference brings Unix into the 21st century. It's been reworked to keep current with the broader state of Unix in today's world and highlight the strengths of this operating system in all its various flavors. Detailing all Unix commands and options, the informative guide provides generous descriptions and examples that put those commands in context.

As Unix has progressed, certain commands that were once critical have fallen into disuse. To that end, the book has also dropped material that is no longer relevant, keeping it taut and current.

If you're a Unix user or programmer, you'll recognize the value of this complete, up-to-date Unix reference. With chapter overviews, specific examples, and detailed command.

Arnold Robbins, an Atlanta native, is a professional programmer and technical author. He has worked with Unix systems since 1980, when he was introduced to a PDP-11 running a version of Sixth Edition Unix. He has been a heavy AWK user since 1987, when he became involved with gawk, the GNU project's version of AWK. As a member of the POSIX 1003.2 balloting group, he helped shape the POSIX standard for AWK. He is currently the maintainer of gawk and its documentation. He is also coauthor of the sixth edition of O'Reilly's Learning the vi Editor. Since late 1997, he and his family have been living happily in Israel.

Unix in a Nutshell 4th edition