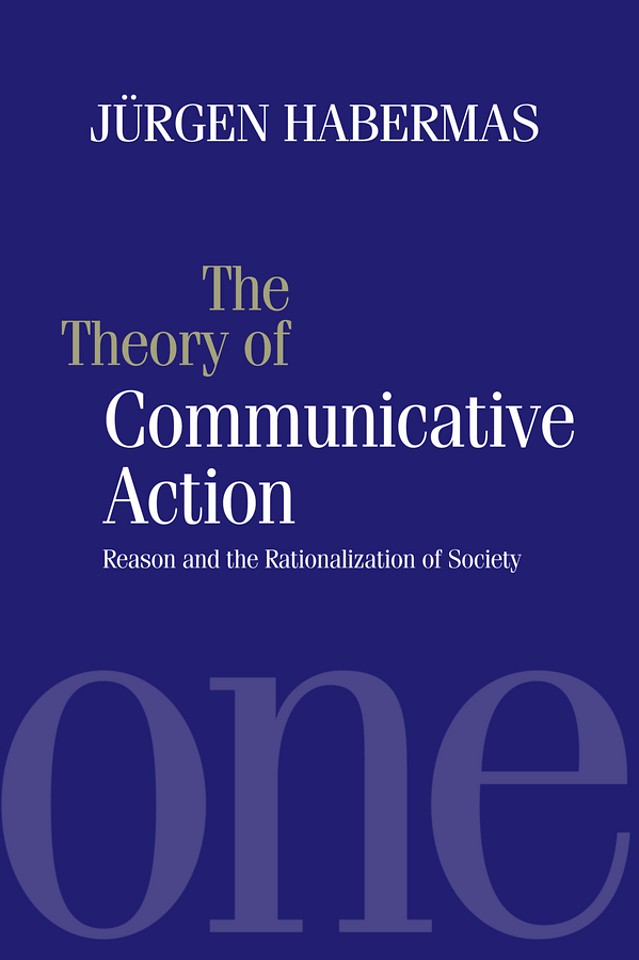 The Theory of Communicative Action

Reason and the Rationalization of Society, Volume 1

Here, for the first time in English, is volume one of Jurgen Habermas′s long–awaited magnum opus: The Theory of Communicative Action. This pathbreaking work is guided by three interrelated concerns: (1) to develop a concept of communicative rationality that is no longer tied to the subjective and individualistic premises of modern social and political theory; (2) to construct a two–level concept of society that integrates the ′lifeworld′ and ′system′ paradigms; and (3) to sketch out a critical theory of modernity that explains its sociopathologies in a new way.

Habermas approaches these tasks through a combination of conceptual analyses, systematic reflections, and critical reconstructions of such predecessors as Marx and Weber, Durkheim and Mead, Horkheimer and Adorno, Schutz and Parsons. Reason and the Rationalization of Society develops a sociological theory of action that stresses not its means–ends or teleological aspect, but the need to coordinate action socially via communication.

In the introductory chapter Habermas sets out a powerful series of arguments on such foundational issues as cultural and historical relativism, the methodology of Verstehen, the inseparabilty of interpretation from critique. In addition to clarifying the normative foundations of critical social inquiry, this sets the stage for a systematic appropriation of Weber′s theory of rationalization and its Marxist reception by Lukacs, Horkheimer and Adorno.

This is an important book for degree students of philosophy, sociology and related subjects.

The Theory of Communicative Action