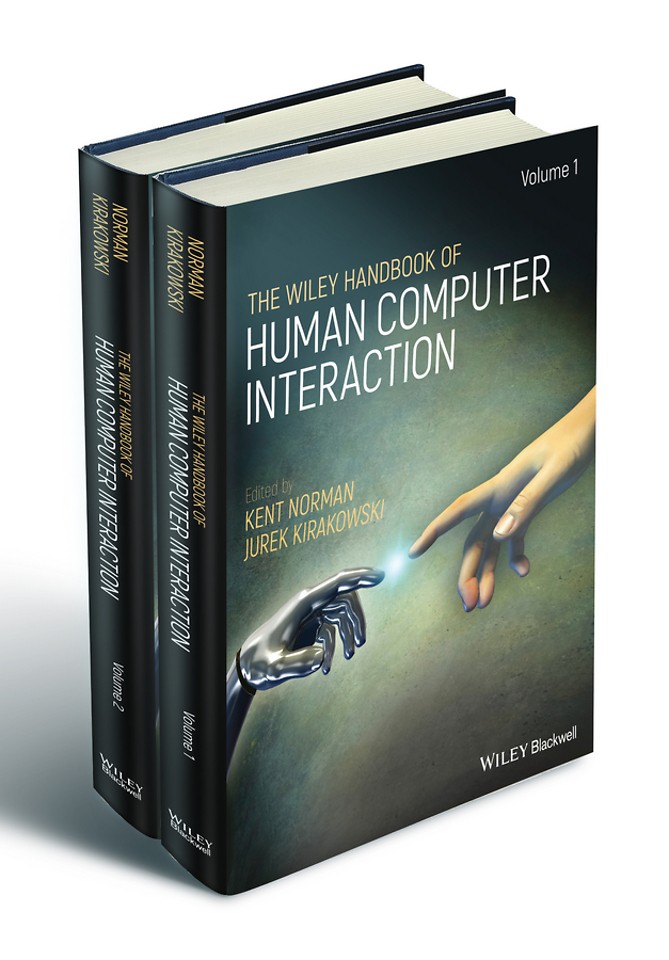 Kent Norman KENT L. NORMAN, PHD, is an Associate Professor in the Cognitive and Neural Systems Area in the Department of Psychology at the University of Maryland. Meer over de auteurs
Kent Norman, Jurek Kirakowski e.a.

Written by experts from around the globe, this landmark two-volume set introduces emerging technologies for human-computer interaction in contexts such as motion capture, embodied conversational agents, human-robot interaction, corneal imaging and more. While following the traditions of the past, it also points to key technologies and challenges of the future.

Volume I begins with design issues (criticality, semiotics, and standards) and the process of design (agile, ethnographic, and user modeling), and moves from factors of evaluation (user experience, stress, and immersion) to methods of evaluation (usability testing). It ends with the user from input to output (Fitts' Law, motion capture, and gaze).

Volume II of opens with the interface (multi-surface, natural language, and visual query) and the interactions (embodied agents, mobile media, and robots) that take place there. The remainder of the work deals with accessibility and special needs of user groups, the social aspects of users and communities, and finally a number of specific applications (motor vehicle, advertising, and healthcare).

The 'Wiley Handbook of Human Computer Interaction' is intended for practitioners and researchers in human-computer interaction including designers of new products, evaluators and testers, students and teachers; to be opened at any moment for many years to come to inspire, to suggest innovations, and to open new ways of thinking. It is ideal for graduate level courses in human-computer interaction.

KENT L. NORMAN, PHD, is an Associate Professor in the Cognitive and Neural Systems Area in the Department of Psychology at the University of Maryland. He is the director of the Laboratory for Automation Psychology and Decision Processes (LAPDP) and is a founding member of the Human/Computer Interaction Laboratory (HCIL) in the University of Maryland.

JUREK KIRAKOWSKI, PHD, retired from his post as Statutory Lecturer in the School of Applied Psychology at University College Cork, Ireland in 2014. He continues his interest in Statistics and Human-Computer Interaction studies and now runs the User Experience Solutions web site. He is also involved in professional standards and ethics in HCI.