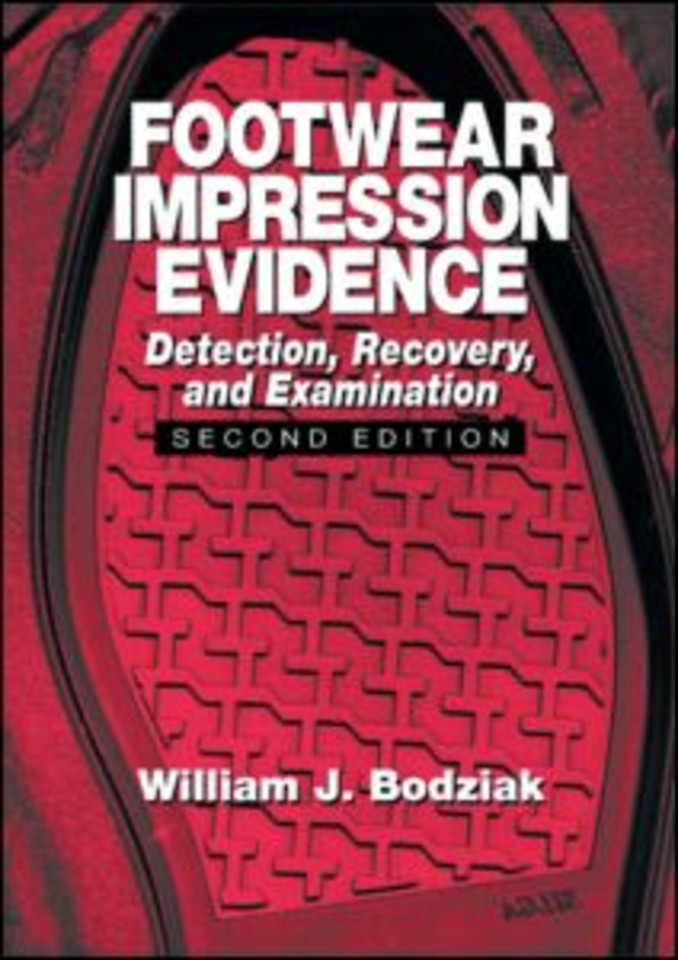 William J. Bodziak holds an MS in forensic science and has spent over 44 years in the field of footwear and tire evidence.

Reviewed and recognized as the most authoritative source  in the field, this book describes the methods used worldwide to recover and identify footwear impressions from the scene of a crime. In this new edition,  everything, including the original twelve chapters,  bibliography, appendix, etc., has been clarified, updated and expanded. This edition includes updated and new information on recovery procedures and materials such as lifting, photography and casting; chemical enhancement; updated information about footwear manufacturing; footwear sizing; and known impression techniques and materials. WHAT’S NEW IN THE SECOND EDITION: Besides updating and expanding the twelve original chapters, Footwear Impression Evidence: Detection, Recovery and Examination, Second Edition adds three new chapters: one chapter on barefoot evidence, which concerns impressions made by the naked or sock-clad foot or those which remain in abandoned or discarded footwear; another new chapter on several cases in which the footwear impression evidence was of primary importance in bringing about a conviction or confession; and finally, a new chapter on the footwear impression evidence in the O.J. Simpson criminal and civil cases.

William J. Bodziak holds an MS in forensic science and has spent over 44 years in the field of footwear and tire evidence. He created the first technical conferences on footwear and tire evidence held in 1983 and 1984, taught the subsequent forensic footwear courses at the FBI Academy, and organized the first International Symposium on Footwear and Tire evidence at the FBI Academy in 1994. He has instructed classes in the forensic examination of footwear and tire evidence on over 150 occasions throughout the United States and in other countries and has provided testimony on over 500 occasions in the US, Canada, South Africa, Israel, Guam, Saipan, Puerto Rico, and the US Virgin Islands. He has written three other books, several book chapters, and many journal articles. He has been an active member and participated in numerous professional organizations throughout his career.

THE FOOTWEAR IMPRESSION EXAMINER IN COURT
What Constitutes an Expert Witness?
What Qualifies a Footwear Impression Examiner as an Expert?
PreTrial Conferences
Presentation of Examination Results in Court
Last Minute Examinations